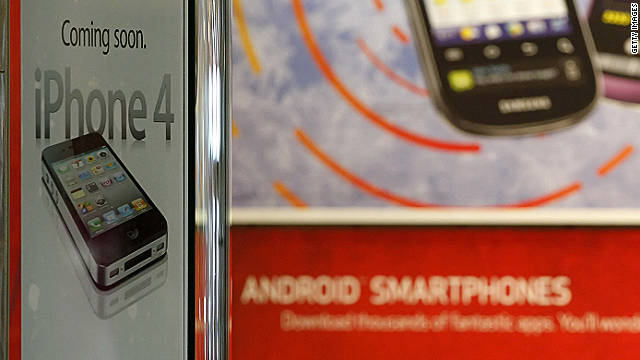 (WIRED) — The smartphone OS space looks a whole lot different than it did a year ago. Android has seriously stepped up to become the top dog, Symbian is a force no more, and iOS … well, not everything changes.

Gartner’s November mobile device report gives us the numbers. Android OS leads the pack with a 52.5% global market share, just about double the 25% it had last summer.

The iOS market share dropped slightly, from 16.6 to 15%. And Symbian continued its slow march to obsolescence, dropping from a market-leading 36.3% in 2010 to merely 17% this last quarter.

Now pair that with a slew of strong Android offerings, from the Droid Bionic and Droid 3 to the HTC EVO 3D and Photon 4G. Consumers had a generous variety of large, dual-core Android stunners to choose from while waiting for Apple to deliver a new handset.

“Android has a diverse spectrum of devices, ranging from being inexpensive, well under $100, to high-end LTE devices. There’s a device at every price point and feature set,” Gartner analyst Hugues de la Vergne says.

Nonetheless, de la Vergne believes iOS will sweep away market dominance from Android next quarter (in the US at least), now that Apple has a wide gamut of iPhones available at a number of price points.

The Gartner report also notes that Windows Phone’s market share dropped, from 2.7% in the third quarter of 2010 to only 1.5% this year. Windows didn’t have much going on in the summer, with the spoils of its partnership with Nokia, namely the Nokia Lumia 800, only beginning to gain some prominence this quarter (unfortunately, the phone won’t even be available in the US until 2012). Nokia only has single-digit market share in the US, anyway.

Still, with some operators losing faith in RIM, de la Vergne says, especially as we wait for devices running BlackBerry’s new OS, Windows Phone has a nice window of opportunity in which it could pick up some market share.