The jQuery Mobile team is thrilled to announce the third and final release candidate for version 1.0. 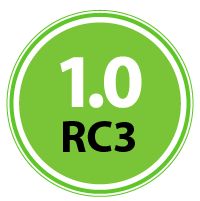 Sure, they know they said they were going straight to 1.0 when RC2 came out, but they’ve been making a ton of performance enhancements and they just want to make sure 1.0 goes off without a hitch. Unless a regression crops up, this is the exact code that will be released as 1.0 final later this week so consider this an early preview.

they’re thrilled at the performance improvements that they’ve made in this latest release. Page enhancement times are now dramatically faster than RC2 which makes the whole experience feel snappier and more responsive. In addition, they added two useful new options and fixed a boatload of bugs and we’re feeling ready to release.

This entry was posted in JQuery Mobile and tagged jQuery Mobile. Bookmark the permalink.